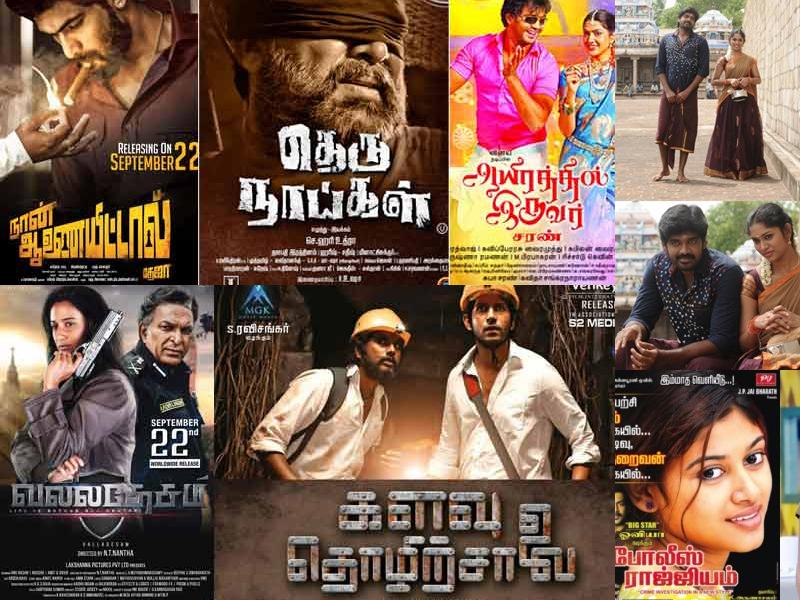 There are 11 films with 'Naan Aanaiyittal' and 'Theru Naigal', which will be released on Friday 22nd September 2017. On average, 4 films are released every week in Tamil. But Next week will be a Pooja holidays, so most of the big budget films going to be released on pooja holidays like Vijay Sethupathi's Karuppan, Magesh Babu Spyder, which is directed by A.R. Murugadoss, Gautham Karthik's Hara Hara Mahadevaki and Nayanthara's most expected movie Aram.