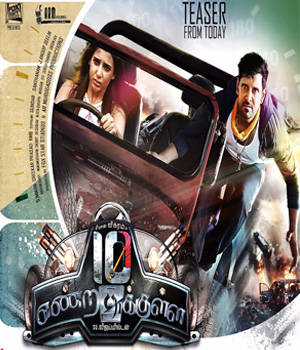 The song has been sung by Santosh Hariharan for the lyrics of Karky while musical scores for this road movie are being provided by D Imman. Samantha is romancing Vikram in this commercial action entertainer which is slated for a release soon.

The audio of 10 Endrathukulla to be out in the next month and Sony Music has bagged the audio rights. Vijay Milton is the director and Fox Star Studios is the production house.